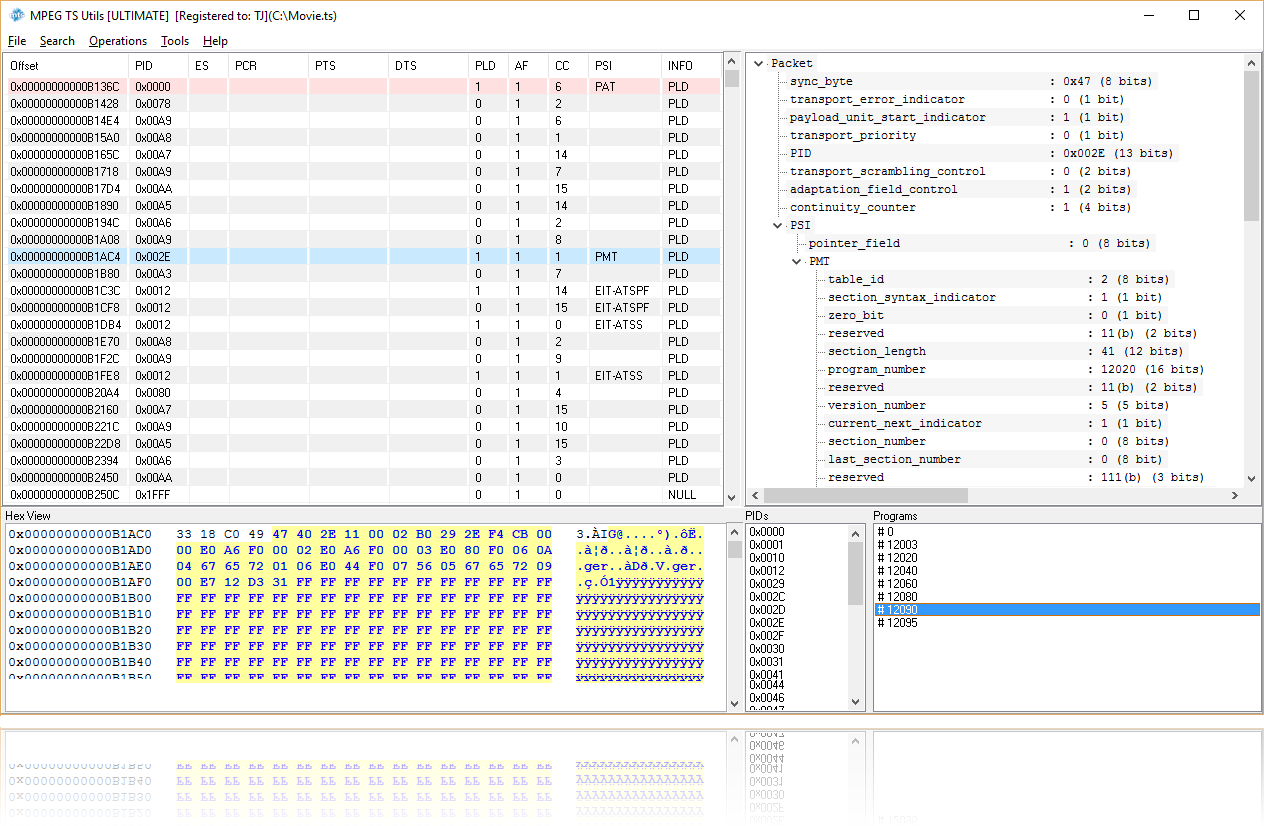 MPEG TS Utils solution provides a structural representation of a multiplexed MPEG-2 Transport Streams, compliant with the ISO/IEC 13818-1 specification, and DVB Streams, compliant with the ETSI EN 300 468. The application allows the user to investigate the basic transport stream and DVB packets with their fields. The application also allows the user to manipulate with transport streams by filtering specified PIDs and exporting to file, demultiplexing to PES and ES streams, converting multi-program TS to single-program TS. MPEG TS Utils can also perform MPEG-2 Transport stream validation according to the ISO/IEC 13818-1 specification.

The currently loaded file in the MPEG TS Utils Pro can be validated by selecting “Validation” from the “Tools” menu.

The currently loaded file in the MPEG TS Utils Ultimate can be validated by selecting “Validation” from the “Tools” menu.

The following list contains some of the MPEG Transport Stream container validation check groups used in the verification process:

The following list contains some of the AVC/H.264 and MPEG-2 video validation check groups used in the verification process:

The following list contains some of the MPEG and AAC audio validation check groups used in the verification process:

Not sure how MPEG TS Utils will work for you? 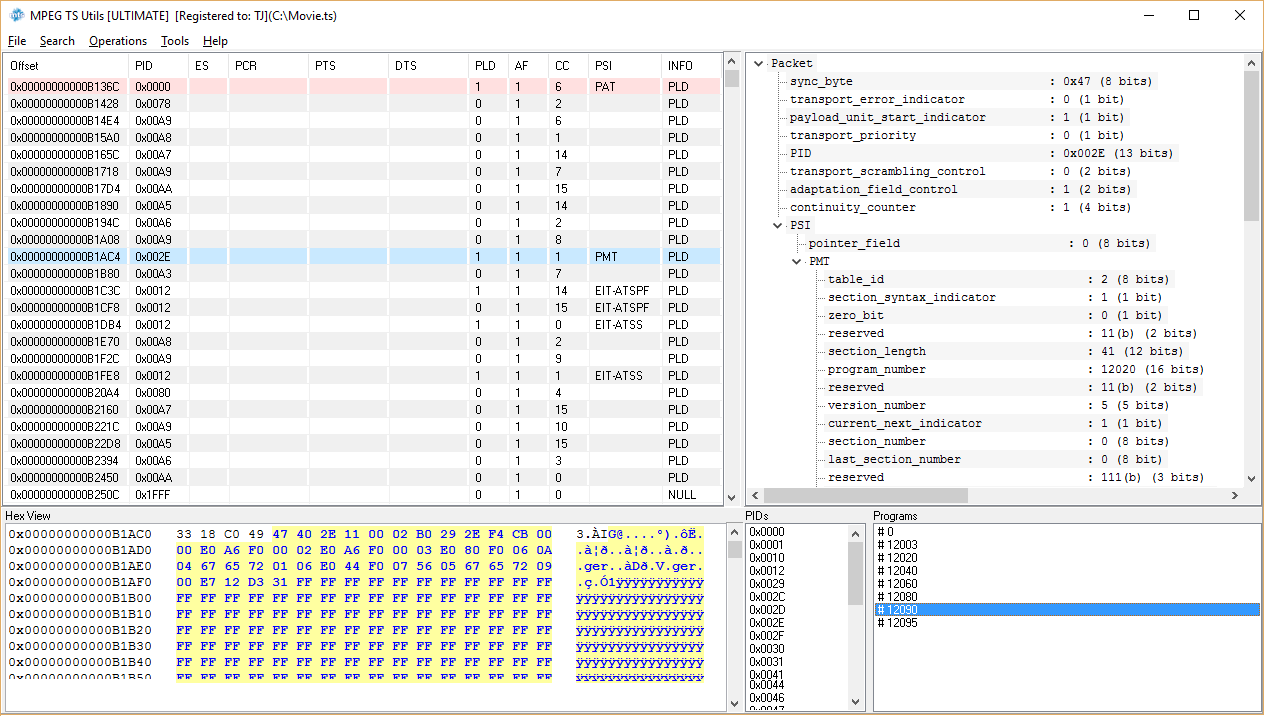 All container errors, such as mandatory MPEG Transport Stream packets absence, incorrect container structure or invalid header values, pointed as mandatory in the corresponding specification are output as Error Report. All container irregularities, which are not pointed as mandatory in the corresponding specification, but have unusual content are output as Warning Reports. Additionally there is a set of Informational Reports, which deliver more detailed information about the file being examined, such as programs details, elementary stream format, media duration, etc. 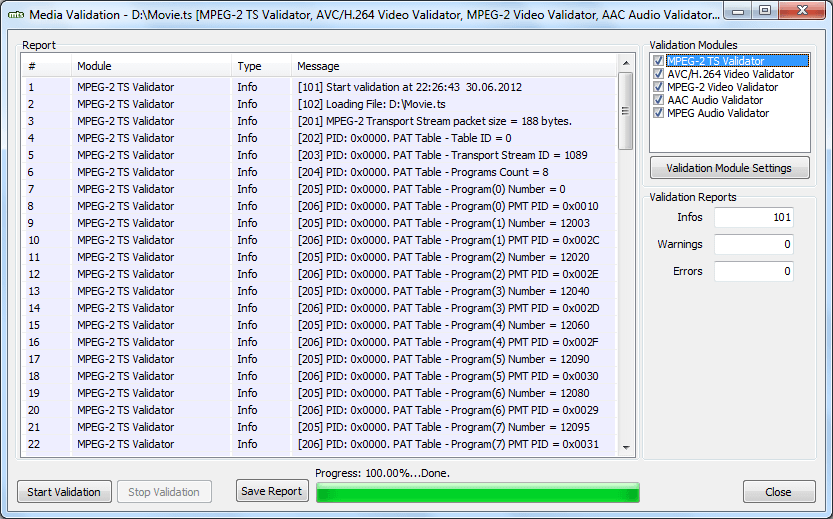 Each MPEG Transport Stream container check can be disabled or enabled or set to another report type, such as Info, Warning or Error. The solution can be applied in wide variety of workflows and with many container format deviations due to its flexibility and customization ability. 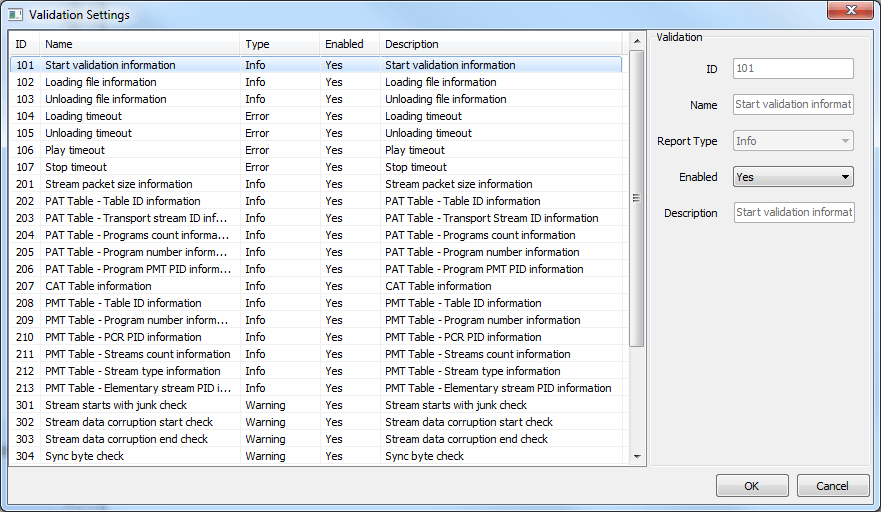 The validation takes only a few seconds for an average long and complex media file to be processed.

This site uses cookies. By continuing to browse the site, you are agreeing to our use of cookies.

We may request cookies to be set on your device. We use cookies to let us know when you visit our websites, how you interact with us, to enrich your user experience, and to customize your relationship with our website.

Click on the different category headings to find out more. You can also change some of your preferences. Note that blocking some types of cookies may impact your experience on our websites and the services we are able to offer.

These cookies are strictly necessary to provide you with services available through our website and to use some of its features.

Because these cookies are strictly necessary to deliver the website, refuseing them will have impact how our site functions. You always can block or delete cookies by changing your browser settings and force blocking all cookies on this website. But this will always prompt you to accept/refuse cookies when revisiting our site.

We fully respect if you want to refuse cookies but to avoid asking you again and again kindly allow us to store a cookie for that. You are free to opt out any time or opt in for other cookies to get a better experience. If you refuse cookies we will remove all set cookies in our domain.

We provide you with a list of stored cookies on your computer in our domain so you can check what we stored. Due to security reasons we are not able to show or modify cookies from other domains. You can check these in your browser security settings.

These cookies collect information that is used either in aggregate form to help us understand how our website is being used or how effective our marketing campaigns are, or to help us customize our website and application for you in order to enhance your experience.

If you do not want that we track your visit to our site you can disable tracking in your browser here:

We also use different external services like Google Webfonts, Google Maps, and external Video providers. Since these providers may collect personal data like your IP address we allow you to block them here. Please be aware that this might heavily reduce the functionality and appearance of our site. Changes will take effect once you reload the page.

The following cookies are also needed - You can choose if you want to allow them: